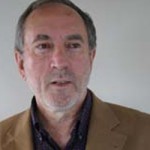 Founder of the Center for Balkan and Black Sea Studies.

A native of Bulgaria, Alex Alexiev was educated at Sofia State University and the University of California at Los Angeles (UCLA), where he received graduate and post-graduate degrees in political science. He has over thirty years of experience in the national security area, including seventeen years as a senior analyst and project director of many research projects for the US Department of Defense and other government agencies. He has also served as director at Radio Free Europe, Munich, scholar-in-residence at the Hoover Institution, Stanford University and adjunct scholar at the Hudson Institute in Washington D.C. He is currently vice president for research at the Center for Security Policy, Washington D.C., where he directs the Center’s research on Islamic extremism and terrorism. Mr. Alexiev has published several books, dozens of research monographs and hundreds of articles on national security issues and has testified to U.S. congressional hearings on a number of occasions. He is also co-executive producer of two recent American documentaries on radical Islam aired on the Public Broadcasting Service (PBS) and Fox News Channel.