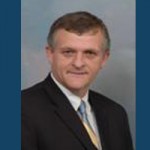 Barak Ben-Zur is a strategic threats and risks analyzer, specialized in strategic intelligence analysis and counterterrorism. As colonel in the Israel Defense Forces (IDF) Dr. Ben-Zur served the military intelligence branch from 1991 to 1994 as head of the terrorism section. From 1994 to 1996, he was chief instructor in Israel’s National Security College. In 1996, Dr. Ben-Zur joined the Israel Security Agency (ISA, formerly known
as “Shin Bet”) as headof the research division, and later, special assistant to the director.
Currently, Dr. Ben-Zur is a consultant to a number of private, public and national entities and a lecturer both at the Interdisciplinary Center in Herzilya &amp; Hebrew University in Jerusalem, Israel. Dr. Ben-Zur has a bachelor’s degree in Middle East Studies and Arabic from Tel Aviv University, a master’s degree in political science, and a doctoral degree in international relations, the latter two from Haifa University. Languages: Hebrew, Arabic, English and Romanian.