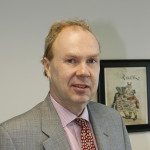 Counselor
Dr. Mathew J. Burrows was appointed Counselor to the National Intelligence Council (NIC) in July, 2007, and Director of the Analysis and Production Staff (APS) in January 2010. In 2003-2007, as Director of APS, he was responsible for managing a staff of senior analysts and production technicians who guide and shepherd all NIC products-not just Estimates-from inception to dissemination. He was the principal drafter for the NIC publication – Global Trends 2030: Alternative Worlds. This publication has received widespread recognition and praise in the international media and among academics and think tanks. In addition, in September 2005, he was asked to set up and direct the NIC’s new Long Range Analysis Unit which is now known as the Strategic Futures Group.

Dr. Burrows joined the CIA in 1986, where he served as analyst for the Directorate of Intelligence (DI), covering Western Europe, including the development of European institutions such as the European Union. In 1998-1999 he was the first holder of the Intelligence Community Fellowship, and served at the Council of Foreign Relations in New York. Other previous positions included assignments as special assistant to the US UN Ambassador Richard Holbrooke, 1999-2001, and Deputy National Security Advisor to US Treasury Secretary Paul O’Neill in 2001-2002. He is a member of the DI’s Senior Analyst Service.

Dr. Burrows graduated from Wesleyan University in 1976 and in 1983, received a PhD in European History from Cambridge University, England.