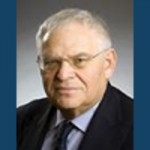 Edward Luttwak is a CSIS senior associate and has served as a consultant to the Office of the Secretary of Defense, the National Security Council, the U.S. Department of State, the U.S. Army, Navy, and Air Force, and a number of allied governments as well as international corporations and financial institutions. He is a frequent lecturer at universities and military colleges in the United States and abroad and has testified before several congressional committees and presidential commissions. In 2004, he was awarded an honorary degree by the University of Bath (United Kingdom).

Luttwak is the author of numerous articles and several books, including The Grand Strategy of the Roman Empire (John Hopkins, 1976–2005); Turbo-Capitalism: Winners and Losers in the Global Economy (HarperCollins, 1999); The Endangered American Dream (Simon & Schuster, 1993); andCoup d’etat (Harvard, 1985), which has been published in 14 languages. His new edition of Strategy: The Logic of War and Peace (Harvard, 2001) has been published in Chinese, French, German, Hebrew, Italian, Estonian, and Turkish as well as English editions. Luttwak serves on the editorial board of the Washington Quarterly and Geopolitique (Paris). He received his Ph.D. from the Johns Hopkins University, and he speaks French, Italian, and Spanish among other languages.