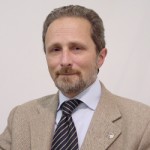 Mr. Fausto Zuccarelli is Deputy Chief Public Prosecutor at the Court of Naples – Italy, Professor of Criminal Law at the “Federico II” University of Naples and Deputy National Antimafia Prosecutor of Italy from 1998 to 2009. Mr Zuccarelli is specialised in investigations on financial crimes and organised crime as well, and has qualifications in Public Administration and Institutional Administration.

He has extensive international experience, both as expert and project leader, having acted as UNDP Adviser for Justice Reform Programmes in Algeria and Iraq, as UNODC Adviser for Organized Crime and Terrorism, as Inter-regional Adviser to Member States and as Justice Reform Programme Coordinator for the UNODC Justice Reform Programme in Afghanistan.
He has represented Italy in many international settings, acting as the Italian High Council of the Judiciary (Consiglio Superiore della Magistratura) representative in international meetings on organized crime and the status of judges, and as Italian representative of IAJ (International Association of Judges) and EAJ (European Association of Judges) in various congresses and meetings. He has also acted as Italian delegate to the UNTOC Conference of Parties, UN Crime Commission, at G8 meetings.