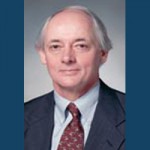 Loch K. Johnson is Regents Professor of International Affairs.
He matriculated with a Ph.D. in political science from the University of California, Riverside, in 1969. In post-doctoral activities, he was awarded an American Political Science Association Congressional Fellowship and has studied nuclear weapons policy at Harvard and MIT. His professional career has followed two tracks: one in the government and another in academe. In the government, he has served on the Georgia State Board of Elections (1997-2000); as special assistant to the chairman of the Aspin-Brown Presidential Intelligence Commission (1995-96); as a senior staff member on the Subcommittee on Trade and International Economic Policy, Committee on Foreign Affairs, House of Representatives (1980); as staff director of the Subcommittee on Intelligence Oversight, Permanent Select Committee on Intelligence, House of Representatives (1977-79); as special assistant to the ranking minority member, Senate Committee on Foreign Relations (1976-77); and as special assistant to the chairman, Select Senate Committee on Intelligence (1975-76). He has been the Issues Director in a presidential campaign (1976), served as a foreign policy consultant to President Carter in the 1980 re-election campaign, and is a consultant to several government and policy entities (including RAND and the 9/11 Kean Commission). The academic track has included service at the University of Georgia since 1979, in both the Departments of Political Science and International Affairs. From 1997-2001, he led the founding of the new School of Public and International Affairs. He has held an appointment at the International Summer School in Innsbruck, Austria, and now teaches during the summer in Verona, Italy. Professor Johnson has won the Josiah Meigs Distinguished Teaching Award, the highest teaching award at the University of Georgia; the Honoratus Medal, the highest teaching honor in the Honors Program at the University; and the Sandy Beaver Teaching Award, the highest teaching honor in the College of Arts and Sciences. He has won the William A. Owens Award, the highest research honor for the social sciences at the University; and, in 2004, he was inducted into The Sphinx Club, the University’s oldest and most distinguished service society. He has also been awarded the V.O. Key Prize from the Southern Political Science Association and the University’s Creative Research Medal. Professor Johnson is editor of the international journal Intelligence and National Security. His current research and teaching interests focus on American foreign policy and national security, and he is considered one of the nation’s leading experts on the CIA and other intelligence agencies. He has written over two hundred articles and twenty-two books, including America’s Secret Power (Oxford University), Secret Agencies (Yale University), Bombs, Bugs, Drugs, and Thugs (New York University), and Fateful Decisions: Inside the NSC (Oxford University, with Amb. Karl F. Inderfurth). Presently, he is investigating the intelligence failures related to the 9/11 terrorist attacks, as well as the CIA’s faulty assessments about weapons of mass destruction in Iraq in 2003. With an international team of scholars from several nations, he is also exploring the question of how to maintain accountability over secret agencies in an open society.