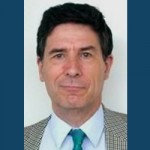 Christopher Andrew is Professor of Modern and Contemporary History, Former Chair of the History Faculty at Cambridge University, Official Historian of the Security Service (MI5), Honorary Air Commodore of 7006 Squadron (Intelligence) in the Royal Auxiliary Air Force, Chair of the British Intelligence Study Group, and former Visiting Professor at Harvard, Toronto and Canberra. His main research interests in recent years have been on the history, role and influence of modern secret intelligence services. His most recent book, The Mitrokhin Archive: The KGB in Europe and the West (Penguin), was based on the extraordinary collection of top-secret material from Russian intelligence archives smuggled to Britain by a former KGB archivist, Vasili Mitrokhin, with the help of MI6. On publication in the autumn of 1999, it appeared on the front page of all British daily newspapers—due chiefly to its identification of the ‘great-granny spy’, Melita Norwood, as the longest-serving Russian agent in Britain (not its most important revelation but one which fed the media’s appetite for human interest stories).
Christopher Andrew’s other books on secret intelligence include For The President’s Eyes Only: Secret Intelligence and the American Presidency and Secret Service: The Making of the British Intelligence Community. Professor Andrew also broadcasts regularly on a great variety of historical topics. His fifteenth Radio 4 series of What If? in the spring of 2004 ranged from Queen Elizabeth I to Tiananmen Square in Beijing. He also presented a 60th anniversary documentary on D-Day.