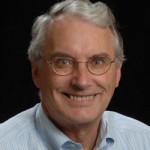 I returned to Stanford in January 2009 to share and teach what I had learned during twenty-three years in Washington that included four years as the first Deputy Director of National Intelligence for Analysis and Chairman of the National Intelligence Council, and eleven years (in various positions, including Assistant Secretary for Intelligence and Research) as the senior analyst in the Department of State. During that fifteen-year period, I was responsible for analytic work on all countries and all issues and personally reviewed, revised, and approved approximately 14,000 analytic papers for the President, the Secretary of State, and other senior officials. My duties during 2005-2008 also included responsibility for The President’s Daily Brief, the preparation of National Intelligence Estimates, and improving the quality and utility of analysis performed in the sixteen agencies comprising the Intelligence Community.

Trained as a political scientist, my principal fields of study were comparative politics (primarily China and the Soviet Union) and international relations. After research, writing, and teaching on these subjects at Stanford during 1975-1985, I was asked to lead analytic work on China in the Department of State and did so from 1986 to 1989. In 1989, I added the rest of Asia to my portfolio when I was named Director of the Office of Analysis for East Asia and the Pacific; I picked up the rest of the world in 1994 when I became Deputy Assistant Secretary of State for Analysis in the Bureau of Intelligence and Research. My work as both analyst and leader earned numerous senior awards, including two Presidential Rank Awards and the National Intelligence Distinguished Service Medal.

Assistant Secretary of State for Intelligence and Research

2003-2004
Acting Assistant Secretary of State for Intelligence and Research

2000-2001
Acting Assistant Secretary of State for Intelligence and Research

1989-1994
Director, Office of Analysis for East Asia and the Pacific, Department of State

1986-1989
Chief, China Division, Office of Analysis for East Asia and the Pacific, Department of State

1986-2008
Regular, and increasingly frequent, meetings with and hearings before members of Congress. Most were in closed session, but several required unclassified testimony and Statements for the Record, some of which are cited in my list of publications. During this period I also participated in many State Department “Town Meetings” for the American public and met with hundreds of foreign officials in Washington or during official travel to approximately 80 countries.

1975-1985
While at Stanford, I served as a consultant to the Department of State, the Department of Defense, the Central Intelligence Agency, the Congressional Office of Technology Assessment, SRI International, SAIC, Atlantic Richfield, and numerous other organizations.